The First Activation of a South Texas SOTA Summit - Peak 2002

The SOTA Management Team recently authorized a group of qualifying summits in South Texas. These summits are located generally west of San Antonio in the Texas Hill Country. The elevation of these summits range from ~1700 - 2200 feet ASL. All of these new summits are only 1 point summits, however, they are new and have never been activated which begs for someone to do them for the first time. So today, I was the first to activate a South Texas Summit.

I have only done limited research and actually stopped looking when I found the first accessible summit. The summit, named "2002" for it's elevation because it is otherwise unnamed. The summit is an escarpment, which is defined as, "a long precipitous, cliff-like ridge of land, rock, or the like, commonly formed by faulting or fracturing of the earths crust".  Peak 2002 is just that with a summit ridge that runs for nearly a mile. Accordingly it has a large activation zone. (In SOTA, the operator doesn't necessarily need to transmit from the actual summit, in Texas the activation zone is anywhere within 150 vertical feet of the summit). The majority of the summit ridge is on private land, however the eastern third of the summit lies within the boundries of the Texas Hill Country State Natural Area. So an easy, state park hike, should be easy. 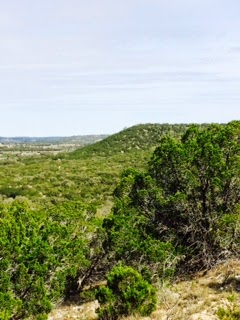 View from the Trail

Looking at the layout of the park, the ranger told me which trail would get me to the summit ridge, trail 4B. I downloaded the map and the trail was in the middle of the park, but I would be able to drive to the trail head right, wrong. The Ranger informed me that because this is a Natural Area I would have to walk. What I thought was, at most, a 2 mile round-trip was now a 6 mile round-trip. Wait a minute this is just a 1 point summit. But I was there, but I knew I didn't have enough water for 6 miles, so I bought a bottle of water at the Park Office, got directions and took off. 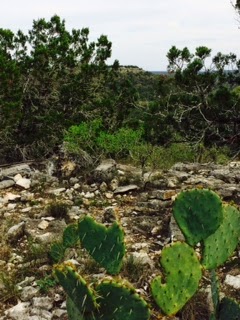 So what was a 2 mile round-trip which had now become a 6 mile round-trip, turned out to be nearly 8 miles. I missed a trail due to a poorly marked trail sign and was almost a mile down that trail when I realized my error. So I had to back track and get on the right trail. Finally 1 hour and 40 minutes after leaving the trail-head I reached the summit ridge.

From that point, it was a fairly normal activation. I used my MTR and a 20/40m EFHW and my Pico Paddle. I managed 22 QSO's with the first being AE4FZ and the last being KD5KC, Mike who did the bulk of the work to get the additional Texas Summits approved. Thanks Mike. I was also able to work a little DX with OK1CZ calling in on 20m. 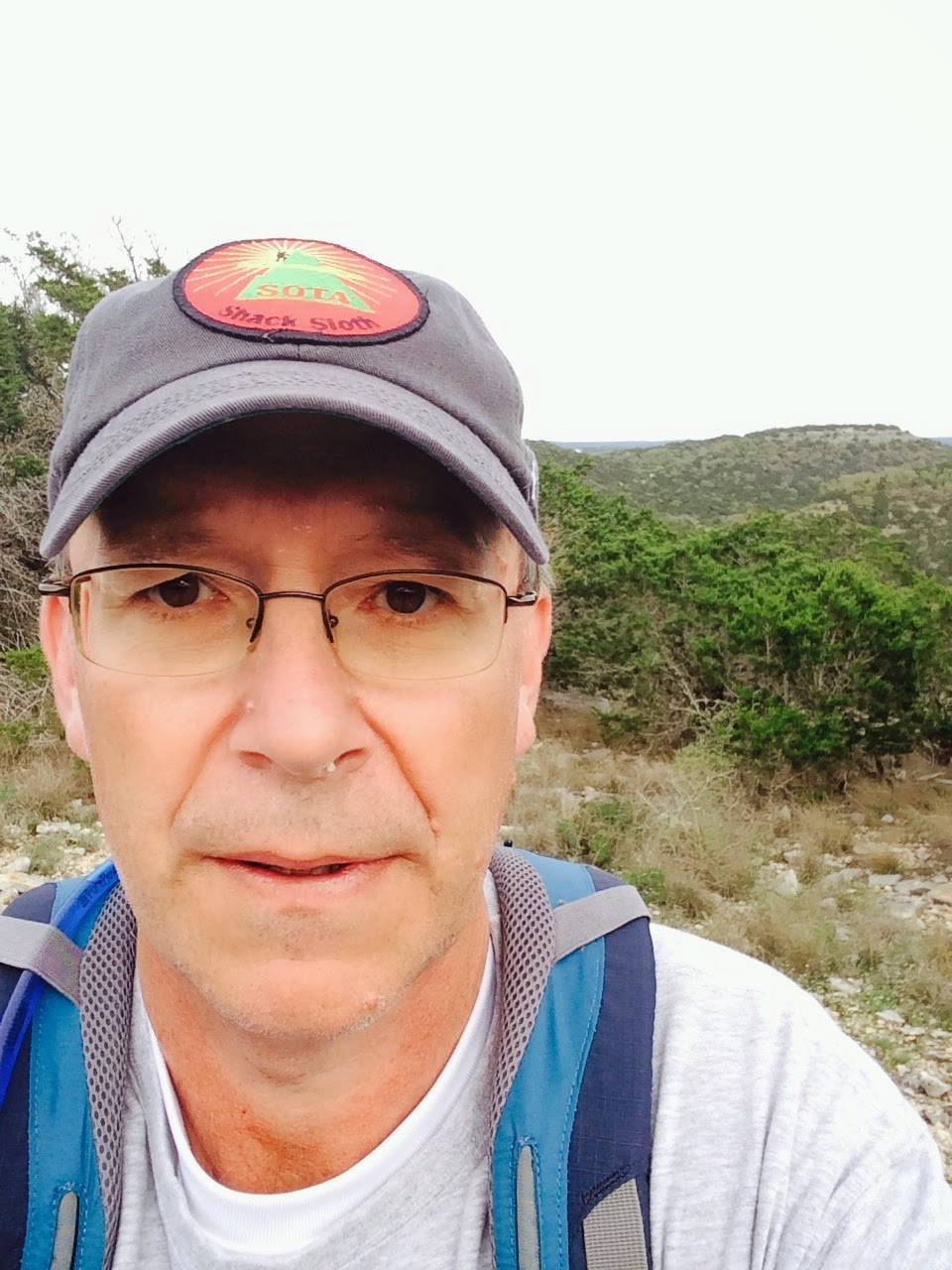 A Selfie from the Trail

So this was another SOTA first and I'm glad I was able to be the first to activate a South Texas Summit. I will have to say though, this was the toughest SOTA point I ever earned. Eight miles of hiking for 1 point, the miles per point is pretty high. If you extrapolated that ratio to a 10 point summit a person would have to walk 80 miles. Well as they say, everything is bigger in Texas.

Thanks to all the chasers and thanks again to Mike KD5KC who was a catalyst in getting these summits approved.
Posted by Mike Crownover AD5A at 10:37 PM